It’s freezing cold, but the snow finally arrived with two days to spare, so I will stop complaining about wanting a refund. 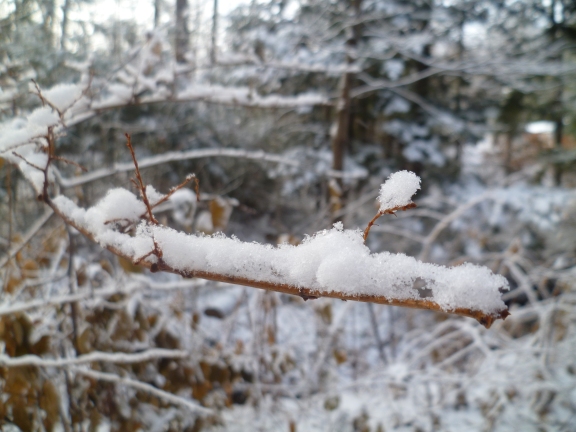 There have been a multitude of high points, and I still have more than a week at home. All the regular sappiness: family and friends, warm homes and hearts. But also: 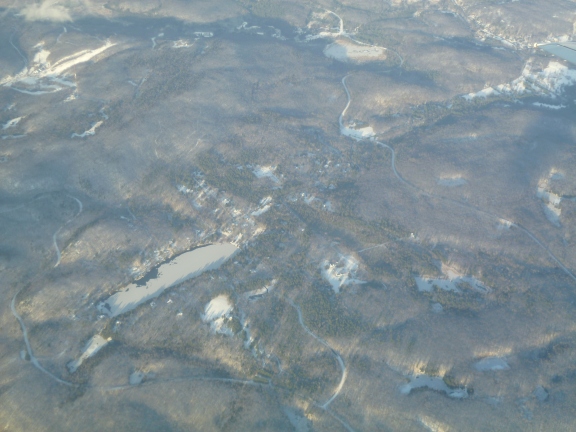 the final minutes of the 28-hour journey takes me directly over the hills where I grew up. yes, you can see my house. 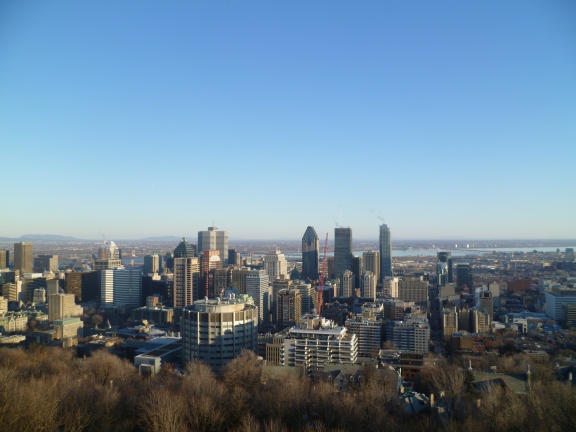 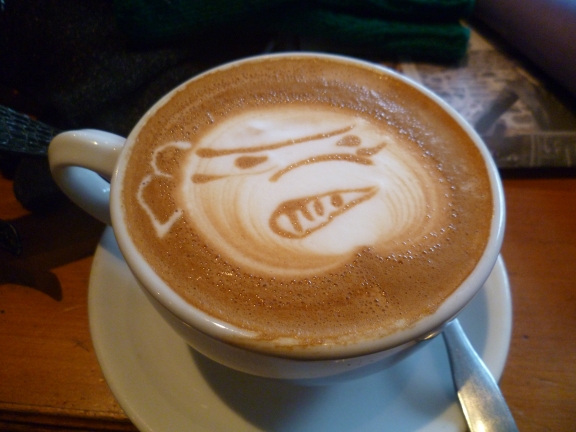 latte art at Cafe Neve.. yes that is a Ninja Turtle in my coffee. it's a Michelange-latte. 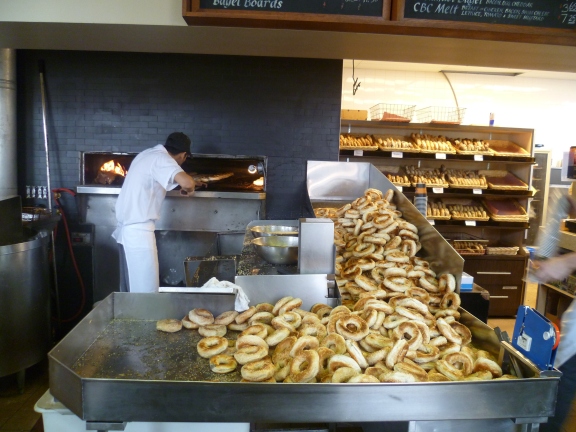 And of course, the joys of fast Internet connections, to bring us gems like this:

Yesterday was winter solstice — time to celebrate the return of the light. Happy holidays to you and yours.

The bravest are surely those who have the clearest vision of what is before them, glory and danger alike, and yet notwithstanding, go out to meet it.

Back in October I spent an energizing and inspiring day with 33 women committed to a single goal: reducing rape, assault and gender-based violence in their neighbourhoods of Nairobi. They were learning not only how to kick some serious ass, but also how to teach other women to do the same. 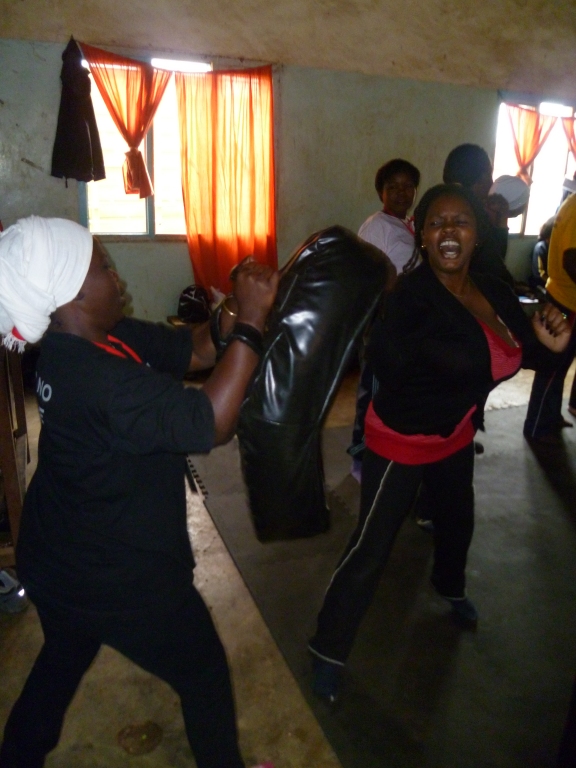 at the training hall in Korogocho, women defend themselves against attacks from behind

My article on the course was published in the features section this weekend, but here it is in a nutshell: US-based No Means No Worldwide is a train-the-trainer initiative started by Lee Sinclair, a microloan-officer-turned-self-defence-teacher. Instead of  flying trainers to Nairobi from Boston or San Francisco to teach women in slums how to defend themselves, NMNW trains Kenyan women to become self-defence teachers themselves. These newly-minted trainers go back to their communities and spread the gospel.

The women featured here are the first graduating class of NMNW. They rock. There is no other word for it. They are confident, funny, intelligent, hard-working, beautiful, energetic, passionate about women’s rights. And if you cross them, they can kill you. 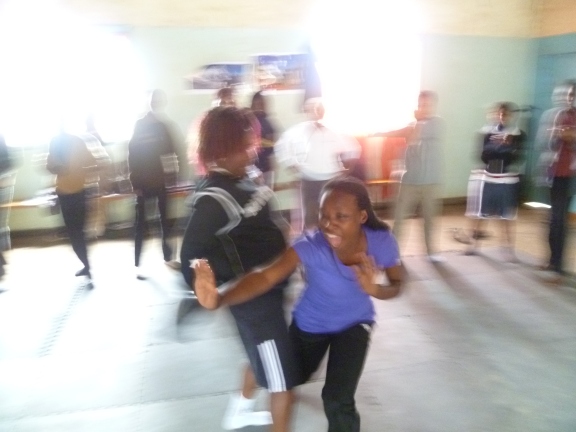 Despite the fact that these women are now equipped to violently destroy an attacker — or multiple attackers — in a variety of situations, what I found to be most interesting about this course is that Lee tries to focus on the verbal elements of self-defence. She said courses in North America are very focused on physical fighting, because that’s what the students seem to want — but she told me that 85 percent of assaults can be stopped with voice alone. Verbal defence skills are a major part of the NMNW curriculum.

What exactly is verbal defence? Reasoning and negotiating, yes. But also screaming, yelling, raging, shouting, and basically scaring off a would-be rapist by acting like one crazy bitch. 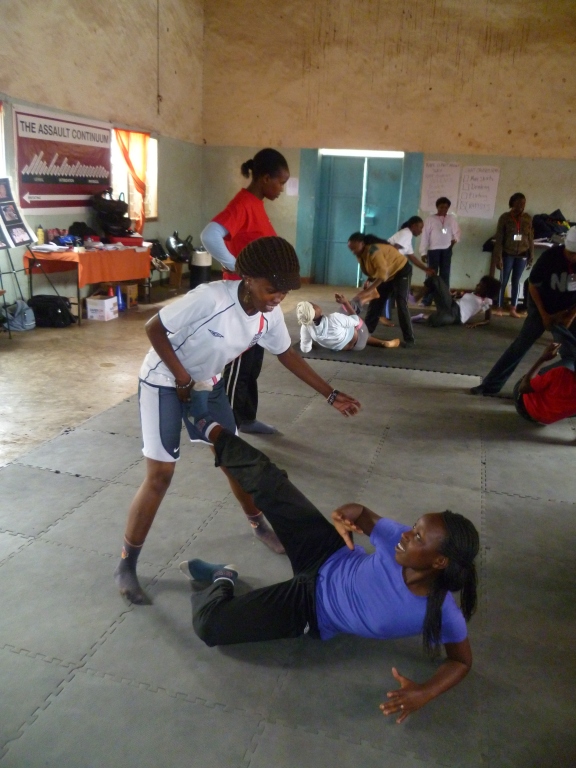 Paps and Liz practice fighting from the ground

Witnessing one of their training sessions was inspiring. The class welcomed me into their tight-knit group, and they were eager to talk. I was surprised by how openly they shared with me their stories of rape, violence and abuse. The rape statistics in Nairobi vary, from the government’s official rape rate of 2 percent of the population, to some NGOs’ estimates of 40 percent. It’s impossible to know, but the NMNW graduates would definitely tell you that it falls closer to the higher end of the spectrum, at least in their communities.

One woman in her early 20s told me about being raped by her boyfriend. Another told me her cousin sexually abused her when she was 11, and it has taken her until her early 20s to be able to trust men. A third woman shared the story of a police officer who tried to rape her by luring her into his home with promises of a gift in remembrance of her father, who had just passed away.

There is no question that the women I met have experienced trauma and horror, but the most remarkable thing is how positively and passionately they have emerged from those challenges. There were no whining/excuses/wallowing in self-pity in that stark concrete training hall in Korogocho — only a fierce determination to prevent any more women from having to tell stories like theirs. 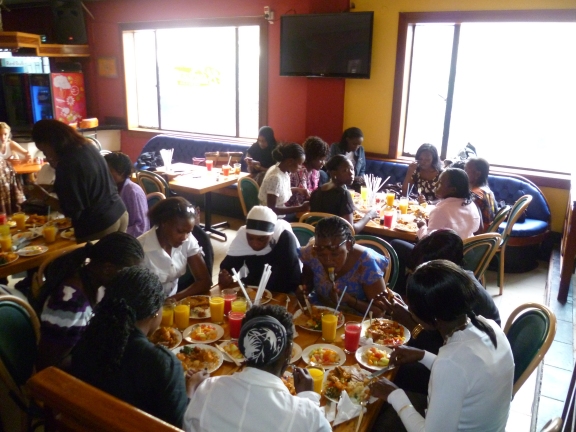 So far, so good. During the final week of class, two of the students were attacked not once, but twice, in a single evening. The first attack was two men, the second was 11 men. These men couldn’t have picked smaller women to attack — Paps and Liz probably each weigh 90 pounds soaking wet — but they stood their ground, used their voices, and got away without a scratch.

I don’t really know how to sum up the experience of spending time with these inspiring women. Maybe another inspiring woman, Eleanor Roosevelt, said it best: A woman is like a teabag, you never know how strong she is until she gets into hot water.