The trip from Nairobi to the Maasai Mara National Reserve takes you smack dab through the middle of the Great Rift Valley. It was the first time I’d seen been there in person… but in a way, we’ve all been there before, haven’t we? 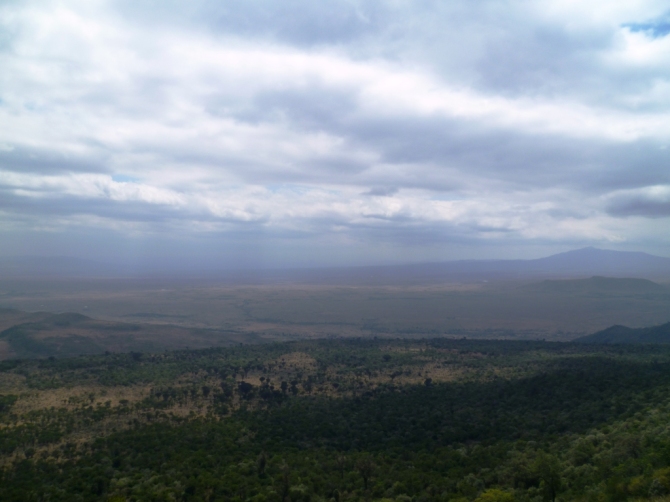 hey guys remember that time we decided to be bipedal?

I have friends in high places in the Mara, so I was lucky to get a complimentary stay at the Impala Wildlife Lodge. It’s right on the edge of the reserve, at Ololaimatiek Gate. I could hear the hyenas barking at night, and when I walked to my room in the evening, gazelles bounded out of my way.

I spent my days touring the grasslands with the park’s chief ranger, Kennedy. We patrolled for poachers (found: 0), gave tickets to tour groups who strayed from the trails (5), and picked up litter (can’t count that high). 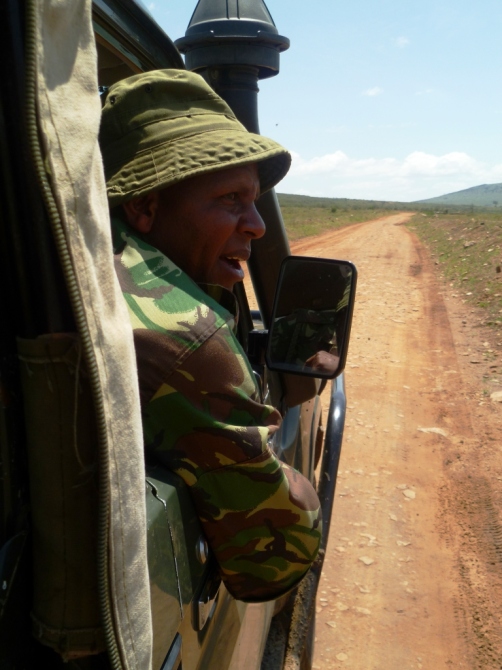 the President of the Mara

We went to visit some of the other rangers, hanging at the Keekorok airstrip. Visiting the Mara by air is actually very popular with tourists, as you can avoid the horrendous road that leads to the reserve. 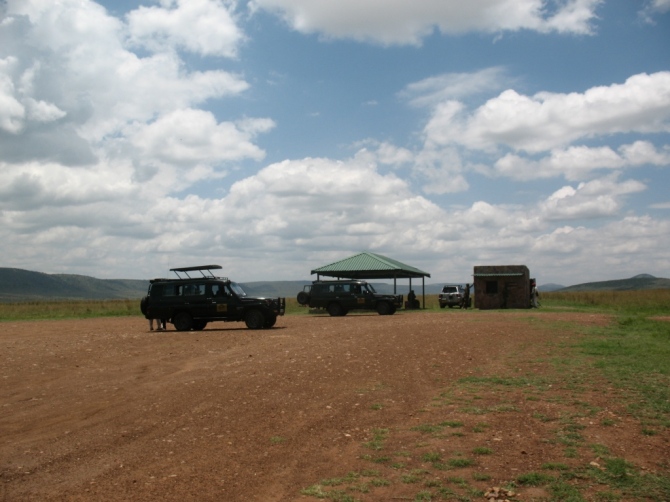 interrupted a game of checkers

And then there were the animals.

my absolute most favourite ever 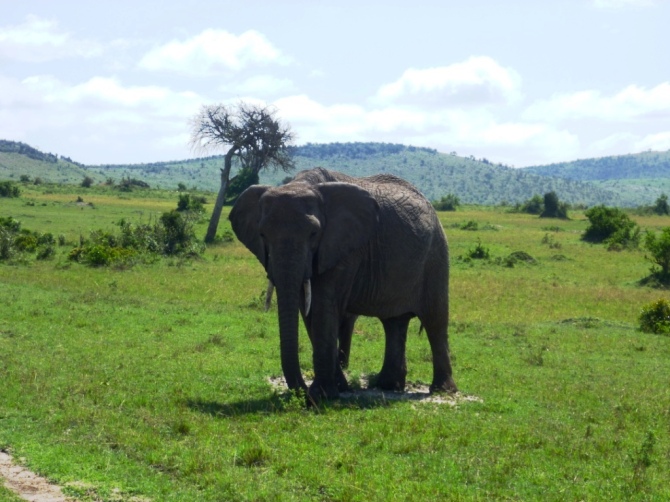 try as he might, Kennedy couldn't get this lion to wake up. Apparently the expression "let sleeping lions lie" doesn't exist.

however, this beautiful lady was wide awake... and pissed that she had just failed at killing a wildebeest.

wildebeest are kind of cool, but are also EVERYWHERE... so they lose their intrigue quickly.

there is, however, something to be said for the magnificence of the Great Migration. The sheer number of wildebeest in the Mara at this time of year (about 2.5 million) is overwhelming, and made me feel about as big as a dust mite. This picture doesn't do it the slightest justice...

giraffes remain cool no matter how long you look at them

you are the strangest animal. Even stranger is how graceful you are with your bizarrely-proportioned body.

zebras taking a dip. Just another day in the Serengeti.

It wasn’t the first time I’ve been on safari, but it was the first time I saw a park through the eyes of a ranger. I am so grateful to Kennedy for showing me around his kingdom.

Obviously it was a pretty spectacular few days, and it’s hard to believe that all this is just a five-hour drive from Nairobi. (Even harder to believe is that it was work.) It was fastastic to leave the city, especially to see how much the city really did feel like home when I returned… as well as to get some much-needed breathing space. And what a place to inhale.

One thought on “born free”