I just want everyone to appreciate the beauty of this free kick by Christine Sinclair on Sunday. And while we marvel at that perfectly placed shot (the first world cup goal scored on Germany since the 2003 Women’s World Cup), let’s also keep this in mind – Sinclair had just broken her nose.

Canada went on to lose the game 2-1 to the reigning champs, but seriously. You try doing that after you just had your face elbowed in. (After the game, Sinclair was taken directly to hospital.) 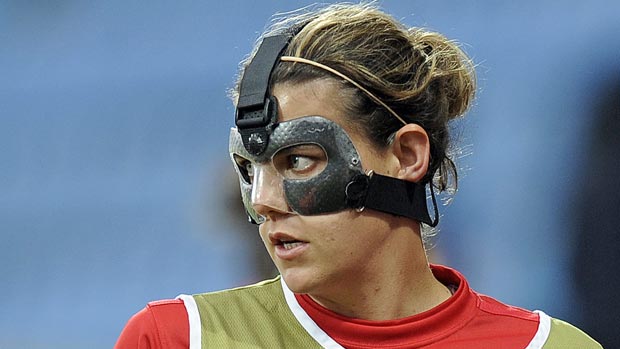 How badass is that mask? All of Team Canada should wear them in solidarity. (Associated Press)

She practiced with the team today, but jury’s out on whether she’ll play against France tomorrow (a must-win or -tie). Either way you’re already a superhero in my books, captain.